Why Buying a Home Is Harder for Millennials 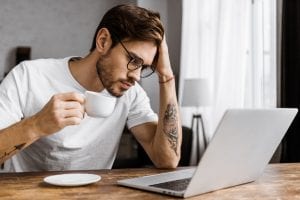 According to the Urban Institute’s “Millennial Homeownership” report, Millennial homeownership is 8% lower than Gen X and Baby Boomers. With Millennials currently constituting America’s largest demographic, these lower generational ownership rates mean around 3.4 million fewer people are buying a home in the U.S.

The postwar economic boom was a period of phenomenal economic growth for America. A combination of increased industrial production, the rapid expansion of suburbia, and ease of access to loans for returning service members led to homeownership rates rising by 60%. This manifestation of the American Dream continued throughout the century, with Gen X also posting high homeownership rates. However, compared to their predecessors, people belonging to the Millennial generation become homeowners later and have lower ownership rates overall.

With only around 32% of Millennials owning homes, recent trends have seen more Americans ages 18 to 34 continue to live at their family homes. Existing economic problems, exacerbated by COVID-19, mean the trend is unlikely to change despite favorable low mortgage rates offered by lenders. The reasons behind low homeownership among Millennials are multi-factor.

Why Buying a Home Is Harder for Millennials

Millennials are in Debt

Millennials are America’s most educated generation, with around 40% holding a bachelor’s degree or higher. Because of the rising costs of higher education, many Millennials are struggling with student loan debt repayments.

According to Pew Research, between 1998 and 2016, the share of young adult households with student loan debt doubled. The volumes of these debts have also spiked by 50%. A higher percentage of the Millenial generation are in more debt than their predecessors, which negatively affects their homeownership opportunities.

The consequences of these debt levels are underlined by the Urban Institutes report, which finds that each percentage increase in student loan debt decreases the chance of owning a home by 0.15%. For example, with all other things being equal, a student debt increase of 100%, from $50,000 to $100,000, results in a net decrease in the likelihood of homeownership by 15%.

The Urban Institute reports that being married increases the probability of homeownership by almost 20%. With marriage rates declining since 1990, homeowner rates among Millennials have also declined. When Millennials get married, it is generally later than previous generations, with an average of around the late 20s.

Rising rents and stagnant wages are among the factors that see more millennials rent in larger cities for longer than their predecessors. Debt and house price affordability can be cited as reasons for low homeownership rates among this generation, with many stuck in high-rent cycles that hinder their prospects for savings. The Urban Institute report found that almost half of all households headed by those aged 18 to 34 are paying rents of over 30% of their paycheck.

Millennial’s attitudes toward homeownership are shifting as well, adding to the low rates of mortgage participation. Debt and financial difficulty tend to prevent Millenials from gaining a foothold on the property ladder.

A growing number of people prioritize mobility and job satisfaction over the higher wages required for homebuying. With work-life balance at the forefront of Millennial beliefs, many choose to live closer to urban centers to reduce travel and stay closer to friends and community. Because these areas have property prices outside their budget, many are stuck renting as their only way to continue living in these in-demand areas.

Related: When Should You Stop Renting and Buy a Home?

As remote work becomes more common in the U.S., Millennials are expected to begin buying homes more regularly. Remote work removes the necessity of living nearby a workplace, allowing workers to live further away from their workplaces.

With the prevalence of remote work in 2020 and the likelihood of more jobs becoming remote over time, Millennials are likely to have the freedom and flexibility to buy a home in a more affordable area. This is projected to increase Millennial participation in homebuying.

Depending on where they buy a home, first-time homebuyers may be able to get assistance with down payments by utilizing FHA loans, USDA loans, VA mortgages, or one of the many types of conforming mortgage loans. These low or no down payment loans can support higher Millennial participation in the real estate market.

Marimark Realty is a full-service real estate company in Tampa, Florida. Our focus is on providing a personalized experience for both buyers and sellers of residential and commercial properties, as well as investors.

To begin the journey of purchasing or selling your home, or purchasing commercial or investment properties, contact us at your earliest convenience.